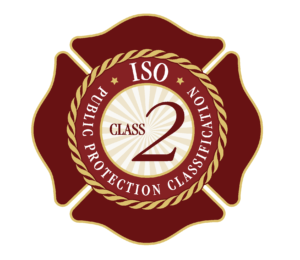 VAIL, AZ – The Rincon Valley Fire District proudly announces a Class 2 rating issued by the Insurance Services Office (ISO), which evaluates fire departments throughout the country for their response capabilities.

“This rating puts the Rincon Valley Fire District in the top 4 percent of fire districts nationally. This is an outstanding achievement and represents the great work of our firefighters,” said Fire Chief Jayme Kahle.

The enhanced score is an improvement over the District’s former Class 3 rating, and went into effect June 1st. It factored in numerous improvements since RVFD’s last evaluation 5 years ago, including new technology, increased number of firefighters, and stronger training requirements. “We have worked hard to keep pace with Vail’s growing suburban population, and it’s great to see these efforts recognized by the ISO,” said Kahle.

The rating is used by insurance companies to base rates and premiums for homeowners, businesses and industrial properties. In general, the better the rating, the lower the insurance costs for the community because they are better protected from fire.

“A huge congratulations to the Rincon Valley Fire District. A Class 2 rating is not easy to achieve. This demonstrates the efforts our Fire District has put in to create a safer community and is great news for our homeowners and businesses. Insurance companies utilize ISO Class Ratings heavily when determining rates, which, along with being a well fire protected community, will ultimately create a stronger economy by keeping more dollars in our community,” said Brad Anderson, President and CEO of the Greater Vail Area Chamber of Commerce.

In 2019, RVFD completed a year-long Community Risk Assessment and Standards of Cover study, which provided key data on fire hazards and best use of resources. Formed in 1985 by 12 volunteers, Rincon Fire has grown into a professional fire district with two stations covering 43-square miles. For the occasion, every employee received a commemorative 35th anniversary coin with the ISO Class 2 rating. 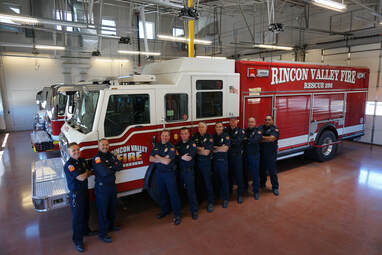