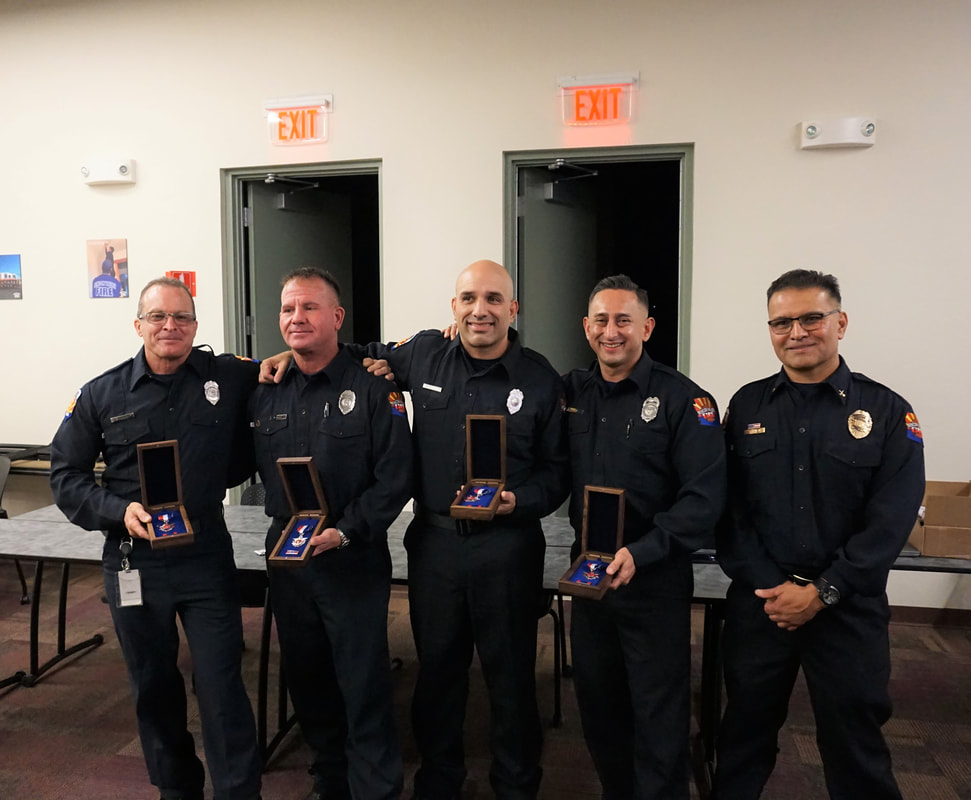 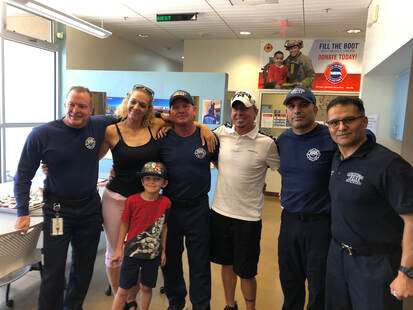 Four members of the Rincon Valley Fire District are recipients of one of the highest honors that a firefighter can receive, the Medal of Bravery.

On the night of July 24th 2021, monsoon weather led to a remarkable rescue for a couple swept away in the flood waters off Andrada Road in Vail. The award, given out at last month’s meeting of the fire district board, celebrated the crew’s outstanding achievement in saving the life of these two individuals, all while facing extremely hazardous conditions. The award also recognized a swift water rescue from July 22nd 2021. The awardees were Firefighters Kenny Quinn, Bruce Conley, Billy Rivas and Marlon Posada.

“We respond to many technical rescues, especially during monsoon season,” said Fire Chief Jayme Kahle. “What made these two so unique and different from the others were the extreme conditions of the flood waters and the combination of risks and logistics needed to reach the victims.”

Technical rescues and swift water rescues are a part of routine training for Rincon Valley Fire District. Still, no danger is 100 percent predictable.

While en route to the scene, RVFD Engine 292 crews quickly assembled their gear and prepared for a swift water rescue. Upon arrival, in the dark and under heavy rain, they hiked to the incident and located the vehicle. Often, precise coordinates are not available especially during floods.

Water levels had nearly submerged the vehicle in a matter of seconds and the brave occupants had no choice but to escape. One occupant was stranded on top of the vehicle, while another had been swept away by the current, she was yelling for help. Rain was falling at a heavy rate.

Two RVFD crew members entered the flood waters and made their way towards the driver. They gave him a life vest, reached for him, and rescued him to shore using a pendulum technique. The female passenger was located clinging to a nearby tree in the wash, she was also rescued. Both victims were medically evaluated and sustained cuts and scrapes.
Following the accident, the passengers wanted to express their gratitude to the members of the engine crew involved in their rescue (pictured). They visited Station 292 in Vail and provided moving words to all involved: “You guys are the reason that little boy has parents today.” They also participated in the ceremony.

RVFD wishes to thank all partner agencies involved and acknowledge the bystander, Mr. Lance Pye, who helped in the rescue by assisting in locating the emergency. He was also recognized by the District with a Citizen Recognition Award.
“Serving others is best summed up by connecting your passion to someone else’s need,” said Battalion Chief Eddie Cornejo, the crew’s supervisor. “I plan to brag about this bunch of heroes for a long long time.”
​
The A Shift crews responded to several other monsoon events over the summer, for which they received a Unit Citation. The merit was bestowed for their successful work: Eddie Cornejo, Scott Haller, Scott Culver, Alex Anduaga, Bruce Conley, Kenny Quinn, Robert Ochoa, Scott O’Halloran, Billy Rivas, Justin Zollner and Marlon Posada.
​
While this is a remarkable story of survival, it’s also a good reminder that flooding conditions can happen in a matter of seconds. Be aware during extreme weather and shelter in place if possible.